It’s not just time and resources that get eaten up by international business travel; it’s a company’s budget, too. Here at Travelex, we conducted a survey of more than 1,000 workers who travel as part of their job and discovered that astonishing amounts get spent on trips to mix and mingle with overseas clients. 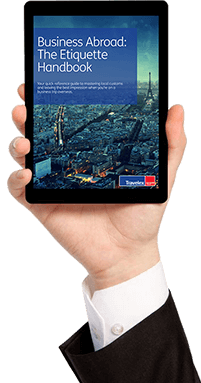 Where in the world…

If you have clients in Saudi Arabia, your boss might hope that they don’t reside in the country’s capital of Riyadh. Our survey found the average daily cost of a business trip can equal £1,429, so going over to meet face-to-face can cost a firm a small fortune. Likewise, Beijing, China’s diverse and historic capital, can set you back a cool £900 per day.

Whilst these two cities are by far the most expensive we discovered as part of the survey, other parts of the world also come with a hefty price tag.

Ontario’s provincial capital, Toronto, can cost an average of £759 per day, whilst Oslo in Norway is similarly priced at £705. New York City, a dream destination for many, will also see you pay around £634 on a daily basis.

If these prices have you staggered, you’re probably wondering what on earth these travellers are spending so much money on.

The vast majority of those surveyed (76%) revealed that they fork out on gifts and souvenirs for their families back home. Maybe that’s because one in seven said they feel guilty leaving their loved ones behind.

Plus it seems rather than get cheap public transport, many workers will shell out for a taxi or even a private car to ensure they arrive at important meetings on time; 31% said their main anxiety about business travel is plans going awry due to a lack of information about the area.

Of course, when away, the temptation to explore and spend during your down-time can be more than tempting. Only 9% of those surveyed stayed put at their hotel and ordered room service; a much larger 57% like to visit local attractions, whilst almost half (49%) frequent local bars and restaurants.

The price of all of this, whether it’s to wine and dine clients or for personal pleasure, can add up fast. This is thanks in part to the fees that come with using bank cards abroad, which is where something like the charge-free Multi-currency Cash Passport can really come in handy.

Home is where the heart is

It also seems where you’ve come from can affect how much you spend. With inflated living costs at home, it probably comes as little surprise that London workers are the biggest spenders on business trips, with an average daily spend of £422 per day as they make the most of their cut-price surroundings.

Thrifty Northern stereotypes are also proving to be true as Scottish business travellers revealed they spent the least out of anyone in the UK; £145 per day on average. The Scots were also revealed to be most likely to actually research an area before they visit – suggesting forward planning can quite literally pay off.

Overall, the study suggests that, for business travel anywhere from Saudi Arabia to the United States, planning a realistic and flexible budget is vital to ensure those all-important meals, drinks and family souvenirs can be paid for without the company coffers and workers’ personal wallets reeling from the effects.

Perhaps all those high-spending travellers surveyed, and their employers’ budgets, could benefit from our free, downloadable guide, Business Abroad: The Etiquette Handbook , which can help with the haggling skills and local know-how needed to get the best deals, thanks to its tips on customs and common prices in 11 of the most popular business travel destinations in the world.

A survey of 1000 Brits was conducted by YouGov on behalf of Travelex in August 2015.